One of my classes had a debate today.  The topic, New Imperialism: Positive or Negative.  The format was rather simple:
4 minute constructive argument for each team. (Big picture ideas, setting up the detailed argument)
3 minute detailed argument
4 minute rebutal
3 minute closing statement

Also, any time that was left on the board by one team was awarded to the opposing team to add onto their closing statement time.

What kept the debate moving along quickly and kept everyone engaged were two tools provided by triptico.
The full screen timer & swingometer, both perfect for class debates. 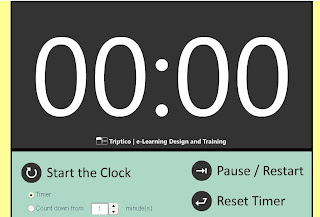 Integrating these two tools was simple.  During each portion of the debate, the time was projected on the board.  Then, while the student was speaking I would use the swingometer to award their team points based on the content they provided in the statement.  Overall, it was a great class today.  Everyone was engaged, paying attention to the arguments & furiously writing down notes while the opposing team presented to make sure the idea could be refuted later in the debate. 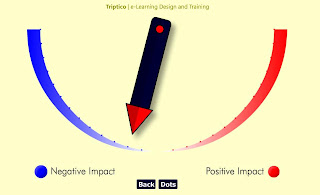 The tools work even better when manipulated by a wiimote iwb.  I was able to stand in front of the class while each student was speaking and move the swingometer as good ideas were presented by each team.  Although this is not the most imaginative or innovative demonstration of technology integration, it certainly added to a traditional class activity and enhanced the typical classroom debate.
Posted by Greg Kulowiec
Email ThisBlogThis!Share to TwitterShare to FacebookShare to Pinterest